J.Atkinson & Co, (known as Atkinsons), is a coffee and tea supplier based in the city of Lancaster. It has been part of the city landscape since 1837.

Respect for heritage is complimented by embrace of innovation. Direct, personal relationships with suppliers and customers are key to the philosophy and to this end Atkinsons have established and maintain direct and ongoing relationships with Single Estate Coffee Growers and play their part supporting an economical, environmental and socially sustainable coffee community. As part of the Third Wave Coffee Movement, Atkinsons is keen to engage customers in all aspects of coffee culture. 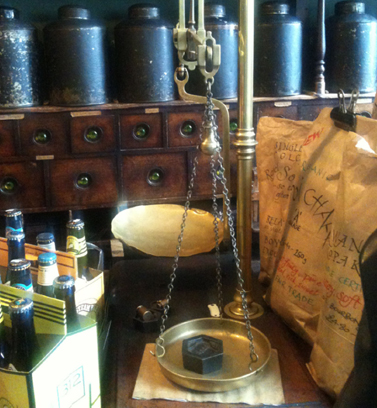 The project, which was a HighWire Regional Challenge, was to inspire more conversation about coffee and nurture a culture of coffee connoisseurship, with Atkinsons’ Coffee Companions community loyalty scheme as the focus. Another aspect of the project was to design installations for the Tea & Coffee Heritage & Innovation Centre, to be opened the following year.

I designed several prototypes exploring these ideas, some of which are documented below.

Tea cards were part of tea culture for much of the twentieth century. Collectable sets were produced on a range of themes and were given away with packs of tea. Initially the back of the card held an advert, though later they provided information relating to the images on the front. These cards provide an emotional connection to the past. I proposed appropriating and adapting the concept to produce sets of coffee cards with a digital aspect, not present in the original design. The digital cards that contained multiple layers of information bringing together new and old. Watercolour maps of the coffee estates redrawn from Google Maps were layered onto cards that incorporated Radio Frequency Identification (RFID) tags and QR codes to get information and access to events in store and remotely. 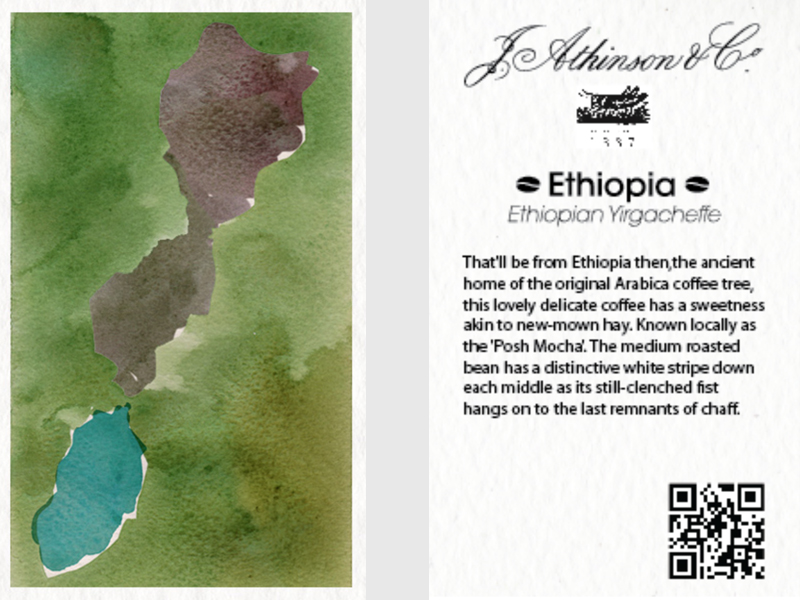 In addition to the cards I designed interactive plinths for the Heritage and Innovation Centre. These contained a screen and RFID reader. Contemporary and heritage artefacts were assigned RFID tags and when these objects were placed on the plinth the tags triggered appropriate content. Some videos showed how the heritage objects were used, while contemporary utensils were used to demonstrate different methods of coffee preparation. 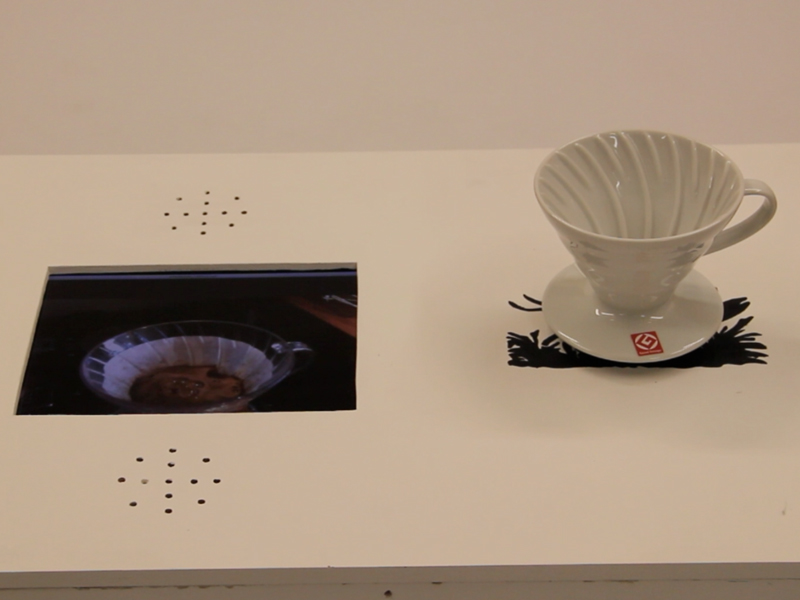